The mythical bird phoenix is known as the sacred fire bird across many mythologies: Greek, Persian, Arabic, Egyptian, Roman, Turkish, Indian and Chinese among others. The phoenix was said to have resembled an eagle with purple, red and gold feathers, and a scarlet and gold tail.

Ovid wrote in his Metamorphoses that the bird lived for 500 years. When it reached the end of its life span, the phoenix would build itself a nest at the top of a palm tree, using incense and cinnamon bark, then ignite the nest and die in the fire.

A new bird would be born from its father’s body and, according to legend, when the young phoenix was strong enough, it would take the nest and carry it to the temple of Hyperion, who was one of the 12 Titan deities and the lord of light. 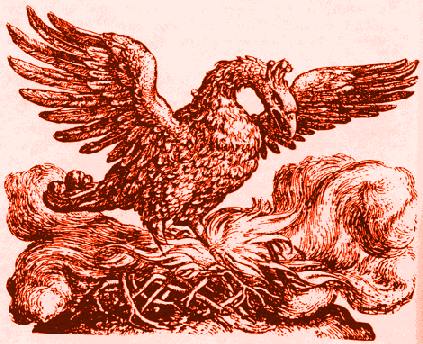